Sheila E. Murphy's "Reporting Live From You Know Where" 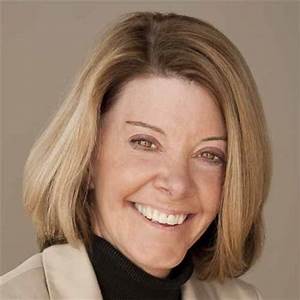 My introduction to political poetry came with the Poets Against the War movement, back in 2001, within weeks of 911.
Since then, political poetry has been part of the mainstream, wth many anthologies and collections published every year. Reporting Live From You Know Where, by author and poet, Sheila E. Murphy, is a chapbook length hay(na)ku sequence of poems written after 45 was elected president. Winner of 2018 Hay(nu)ka Book Prize, it spans 65+ pages in a seamless and imagist narrative, but it also goes beyond the polemics required for political poetry.
Reporting Live is written in the hay(na)ku style (a 21st century poetic form invented by Eileen R. Tabios. It is a six-word tercet with the first line being one word, the second line being two words, and the third line being three words - www.eileenrtabios.com). Murphy’s distilled the vast gulf of rage and chaos that currently divides the United States into a series of powerful, raw micro-moments the reader can immediately relate to, even beyond the political context:
look at what
You have
destroyed


forgiveness
was never
the right reflex

Within Reporting Live, Murphy brings to light those issues 45’s base patently ignores: sexual harassment and accountability (you claim inevitability/I should/know, sides/of her/face suspiciously unmatched); 45’s constant assertion of lies as truth (those/ declarations of/what he thinks, spare little old/us from/this, ongoing/figurative aggravated/assault on sensate); the fake news epidemic (loss glossed over/decibels functioning/as, smoothness/for perps/seeking confirmation everywhere); and GOP’s dismantling of democracy (why/are you/here to explain, these inquiring others/seeking just/relief, from/you, your/spontaneous theft swiping, what we have/worked years/for). Murphy’s vision and lyricism are laser focused through the hay(na)ku sequence, which makes Reporting Live a quick read, at first. A second, and then, third reading of Reporting Live will give the reader a deeper appreciation of Murphy’s skill with rousing the reader to empathize with the frustration that she, and the reader, as citizens, experience under 45’s regime.
Beyond the concern and rage expressed, is a clear warning in Reporting Live: to be vigilant against the “new normal, and to hold onto the real real truth of who each of us is, in an era where everyone else is too beaten down to care. This is why, in my opinion, Murphy’s words need to be memorized, as a mantra against the dark:


here i am
aged and
desirous


the only one
I can
hear


said
the conductor
is Sheila Murphy


an epic misunderstanding
my musical
weltanschauung

(previously published in Issue 40 of Clockwise Cat)
Posted by Marie C Lecrivain at 8:52 AM