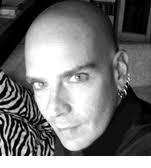 To say that Brendan Constantine is a force of nature is like saying that plant leaves contain chlorophyll. For many L.A. poets, his work and performance are indelibly etched in the memory – and will stay there. His poetry is iconic (among other things, he's been nominated for California Poet Laureate), as is his generosity, in his work with other poets of all ages (particularly with young adults). One can't go to an open mic without hearing someone read a poem written by/inspired by Brendan, who continues to inspire a level of creativity, and literacy that is sorely needed in the So Cal poetry scene. 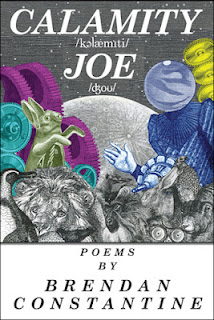 AKP: Please explain, in detail, what events - internally and poetically - led to the formation and publication of Calamity Joe?


BC: The original cycle of ‘Joe’ poems (there are three in the final book) appeared in 1997. Without going into a prolonged diagnosis, I was experiencing some emotional disorientation at the time: a death, challenges in the family, you know... life. I’d also begun to notice a strange nostalgia for things that I’d never experienced. I started to write poems about this ‘place,’ but I was uncomfortable naming names. How could I share these poems with anyone? And then two things happened:


The first was I read the work of Fernando Pessoa. Among other things, Pessoa is credited with a literary device known as the Heteronym. Unlike a ‘persona’, a heteronym doesn’t commemorate anyone actual: it is (to my mind) an alternate psychology created by an author as a means of speaking in a particular way. It is not an alias or nom de plum. Neither is it just a fictional character OR anything more than that. Wow, I could do this for a long time... Moving along now...


The second thing was I got to see this principal in action. Poet Peter Everwine came through on a tour for (I think) Carnegie Mellon’s reissue of his 1972 prize winning book, Collecting The Animals. In it, there’s a poem where the speaker admits to jealousy for his brother’s carefree life, his drunken returns with pollen in his hair and a moony face. At the end of the poem Everwine describes what he wants to do to his brother, how he’d like to punish him by sending him back out with a stone in each shoe, “and no bread in his pocket.”


He read this poem at a venue downtown and afterward a woman in the audience asked how he could be so cruel to his brother. Everwine said he wasn’t cruel. Then added, “And, I don’t have a brother.”

These may not seem like big epiphanies, but they were what I needed at the time. I dove into my work, liberated by these examples. Somewhere in the process I became aware of a feeling that many other artists have described as discovering their art rather than creating it. Joe ‘appeared’ and began to coach me. We talked for the next ten years.


AKP: Calamity Joe is represented by a cast of characters: The Cancer, The Mother, The Brother, The Old Man, The Boy, The Nine-Fingered Girl, and The Lily. What parts of “you,” are contained within these archetypes, and how much is based on people you actually know?


BC: Well, I don’t work in a lab (like Joe), nor am I soon to be the last living member of my family. I’ve never joined a search party and, like Peter Everwine, I didn’t grow up with a brother. All I can say is that Joe’s grief is mine. His hope is mine. But I’m not Joe.

AKP: How are your readers reacting to Calamity Joe over your previous book, Birthday Girl With Possum (copyright 2011 Write Bloody Press), and what, on tour, are you – as an author - experiencing for better/worse, with this new volume than with the previous collection?

BC: Response to the book has been very encouraging. People really seem to be enjoying it. What I find very gratifying is when I hear people say they’ve re-read it. I’ve been blessed (no, DAMN lucky) to be able to publish three books in three years, and, in each case, I have tried to create volumes that can be re-read in different ways. That is, I don’t think it’s enough just to compile my ‘greatest hits,’ I want a book to be its own complete experience, its own larger poem. In other words, a book of poems isn’t something to solve, it’s a place to dwell.

On this most recent tour, I’ve had only positive responses. No one has declared a preference for one book over the other. At least, not to me! I must add that my previous book, Birthday Girl With Possum, is not yet a year old and I’m still actively promoting it. While both books have very different aims, they don’t seem to conflict with each other. I’m able to read from both books in the same venue and they ‘get along.’

AKP: Obviously, there is a HIGH level of craftsmanship with each of your books (Dante's Casino, Letters to Guns, Birthday Girl With Possum), however, with CJ, you appear to have committed wholeheartedly to your role as a poet, and all that implies (artist, prophet, social commentator, anarchist, etc)? Why/Why not would you agree with this?

BC: That’s quite a statement. I like to think that I grow and change all the time, but in regards to Joe, I’m not aware of a shift in my approach; there are sections of Joe that are at least as old as my first book. What is perhaps different is that with Joe I needed different tools, but they came from the same box. You see, I think that the cause of the poet is poetry. All of the tools – meters, sonics, conceits, even contexts – are there to help the poem become. That’s not to say that I’m not responsible for what I say, but every word is an effort to say more than itself, to say something I can’t, in fact, say - something higher than prophesy, social commentary, anarchy, etc. Everything I use, every subject I raise, is a means to something above it, a means to the ineffable, which is art.

AKP: Creatively speaking, what is next on the horizon for you?

BC: I had one project ready to go but it got shot down. I’d hoped to do a book of poems in the voice of a minor character from American literature, a woman in prison for murder during the Great Depression and all of WWII. When I approached the estate of the character’s creator, they were very kind, but ultimately uncomfortable with anyone developing the character beyond the original story. I totally understood, but it left me rather spun – I was really inspired and dying to start work and then, suddenly there was no point in doing it. I’m being very careful not to say too much because I really admire this author. I know some people might say, “What the hell, be true to your muse! Write it anyway,” but ethically I can’t bring myself to work on something that would annoy the family of a writer I love. What kind of tribute is that?

So, I’m writing something else, and as always, trying to do so outside of my zone(s) of comfort. There’re a few publications on the way: a new piece coming in Zyzzyva, three new poems in the Beloit Poetry Journal. I’m truly honored to have the regard of these editors. Don’t know what I did right.

Beyond that, I continue to teach. Before resuming my classes at the Windward School this fall, I’m going back to Idyllwild Arts and the amazing kids at the Children’s Center. Both of these schools provide exceptional environments for cultivating creativity.

What I’m proudest of these days is the work I get to do with a group called The Art of Elysium. This organization brings artists of all disciplines to work closely with children challenged by serious medical conditions. I hope everyone who reads this will check them out.

They’ve only recently started to work with writers and I believe I’m their first poet. Actually, they’re still trying to figure out what to do with me! For the last couple of years I’ve been visiting facilities like Kaiser Hollywood and going from ward to ward, doing workshops with various kids. Some are too sick or encumbered to even hold a pen, (I may have to wear a mask, smock and gloves just to approach them), so we craft things by talking them out and they dictate. It’s always different, always a surprise. By the way, I’m on the lookout for good prompts that can be done at a bedside. If anyone has suggestions, please let me know!

Note: All of Brendan's books are available through his website, as well as tour dates.