David McIntire's No One Will Believe You: Songs of the Aftermath 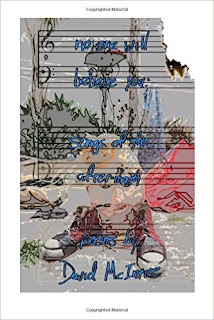 “Poets are, in fact, the only real  time travelers that our culture has ever managed to produce.” - David McIntire/No One Will Believe You: Songs of the Aftermath


I’m sure the above quote has been written/will be a thousand different ways by poets past/present/future, but there is truth in these words, just as there is truth in all good writing - it takes the Reader (universal) into a place and time where they’ve not previously occupied. Poetry brings the reader into the truth of the moment, sometimes euphemistically, other times approximately, but the poems in McIntire’s new chapbook, No One WIll Believe You: Songs of the Aftermath (copyright 2016 International Word Bank Press), put the reader square into the savage, instant, raw pain of death and loss. 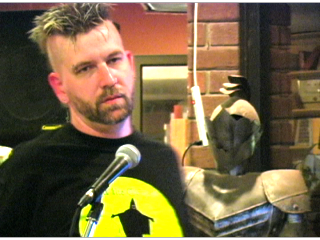 According to McIntire, No One is centered around two simultaneous incidents: the death of his marriage, and the death of his ex-wife, poet, Cat Angelique McIntire. McIntire states that these poems do not need to be read in a linear fashion, and he’s correct, as death and loss are not a linear experience. Open any page in No One, and the theme of death and loss, the grief that binds them together, is also the fuel that powers McIntire’s passionate poems. This is not an easy chapbook to sink into, and it’s not supposed to be, but the strong and unvarnished tone of McIntire’s words makes it an unforgettable experience, as in the poem “Dark Wind,” which expresses loss that is happening in the moment, and the loss that is yet to come:


we do not know better this time


No One is not just about death and loss, but it also answers the question, at least for McIntire, and more likely, for the reader, how/ what the person becomes as grief shapes them into something, or someone else. In a sense, the poems in No One document the rebirth of McIntire as a poet, as he, and the reader, rediscover that part of us which cannot be overcome - our humanity - which, in the end, is all that’s really needed to keep moving forward in life, as in the poem “Death Poem #9”:


this is how I know I am still alive


No One Will Believe You: Songs of the Aftermath, leaves me with only one question. Who will McIntire become, ultimately, as a poet, and as a human being, a question that we all must ask ourselves, if we are to become better than what we are, at any given moment. I look forward to reading more of McIntire’s work in the future.

Email ThisBlogThis!Share to TwitterShare to FacebookShare to Pinterest
Labels: Beyond Baroque, David McIntire, death poems, International Wordbank, Los Angeles poets, No One Will Believe You, poems of grief and loss, poetry chapbook