In high school, I worked in an office
for arrogant R. When R let me go
he said he'd call if something
changed. I told him not to
bother. Only seventeen
but already I was headstrong
enough to know I would
not work for jerks


Scooping ice cream
was fun for a summer
but N was furious when I moved on
Why did I need college, he wanted to know,
when I already had a career?


I moved on
Editors were a quirky bunch, but likeable


Then came the EC team
Brilliant group. We worked together well
until
D had the HR person do her dirty work
Laid me off with no warning
Gave me a box to pack my stuff
I was one of many but that did not ease the sting
D, keep in mind that karma thing


Tony was compassionate
and let me know my work was valued
but he was accompanied by
TB, who had a vision problem
In all fairness, it is hard to see
when you have your head
shoved that far up your own ass
and
K, karma will recall
your temper and pettiness
while it commemorates
Frank's acceptance and approval


And finally, the other J
who confused
speaking softly with
speaking kindly
J, I hope karma takes a mighty bite
of your rotunderous derriere


Never piss off a poet 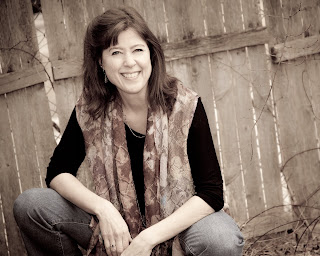 Donna Marie Merritt is a poet and children’s author. Her sixth book of poetry is No Winter Maintenance: Pass at Your Own Risk, YBK Publishers, New York. her poems have also appeared in periodicals, school reading programs, and language arts books. Children’s anthology contributions include The Poetry of Us (National Geographic), Book of Nature Poetry (National Geographic), and One Minute Till Bedtime (Little, Brown). Donna’s seventeenth children’s book, Teensy Meensy Mice, illustrated by Ed Heck, was recently released.

Learn more at more at www.DonnaMarieBooks.com

or http://en.wikipedia.org/wiki/Donna_Marie_Merritt
Posted by Marie C Lecrivain at 10:40 AM