National Women's Month: Heather Schubert's "A Rose in Hell Might Not Smell As Sweet"


As Rose walked into the living room, the temperature went up 20 degrees. The smell of sulphur brutally assaulted her nostrils. She sneezed. She threw another log on the fire pit, and curled up on the floor next to her newly acquired Lord and Master. As Satan placed his arm around her shoulders, his skin singed her tank top. He pushed his forked tongue past her teeth, and kissed her deeply. She cringed, and then regained her composure as she curled up beside him. Resigned to her newest fate, Rose passed Satan a bowl of popcorn as they continued to watch the world go up in flames. 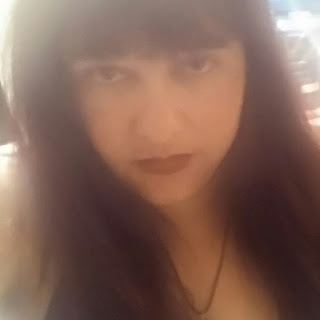 Heather Schubert’s education and involvement in Thelema and the philosophies of Aleister Crowley has been rich, broad, deep, and exciting. Her burning passion currently lies in further propagating the Law of Thelema and in expanding the areas in which these philosophies apply to all aspects of modern day life. She joined Ordo Templi Orientis, or O.T.O., in 1994 and has been an ordained Priestess in Ecclesia Gnostica Catholica since 1999. She teaches classes on the poetry of Aleister Crowley, as well as on his other writings and rituals. Heather has studied classic literature, poetry, philosophy, psychology, religion, anthropology, and early childhood education. Her interests and talents lie specifically in applying the Waldorf and Montessori teachings of the therapeutic aspects of creative play across many scientific disciplines and philosophies, including research in positive child psychology, sociology, philosophy, and other sciences as they relate to what cultivates thriving childhood experiences. She was the editor of the Crowned and Conquering Child for three years. Her poems have been published in a local journal called The Blue Fur, as well as in a variety of coffee table books, newsletters and magazines. She is currently working on a collaboration of collected poems by Aleister Crowley, a book on thelemic parenting styles, and another book that delves into the spiritual aspects of orgasmic birth from a thelemic viewpoint.
Posted by Marie C Lecrivain at 6:24 AM