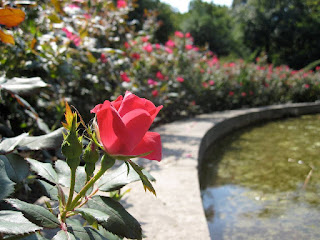 Roses losing petals, lotuses dying on their shadow, a poisonous sumac inflamed, the promised turtle missing, but the persimmon tree pregnant, the spider lily swinging; I pick anise seeds and drink on the scent, pinch tips of dew studded mint, and then stumble on frog stones their absent eyes on summer flies–the water striders have long leaped to infinity–it’s autumn at Brooklyn Botanical Gardens, and after tracing the veins of a horse I figure a ficus has turned into from a knight on a horse by a fairy enchanted by his beauty, E and I skip the desert garden breathing heat off a muggy afternoon.

We pass by the Cranford Rose Garden again where I had posed beside a bronze sculpture titled Roses of Yesterday–this wisp of a woman ripened by love and longing sluiced by it in fluid lines. On her left arm, she cradles a clock’s face Time arrested engraved in words Perennis Amour (Love Eternal); on her right as if bidden, she caresses a bunch of roses that drip as if tears from her deep sad eyes. I had posed unabashed beside her, tainting the poetic moment, which I should have sipped in secret.

No perfume quaffs through the air even as we linger to hold on to each bloom thrusting petals on us for a touch. The gray sky stands by unconcerned as we lean toward a curved path to the main gate. Silence and distant chatter drop on my steps and a stirring in the yew branch. A robin has flit from it. The meadow ends and I shake off a leaf from my shoulders to find another leaf that has hitched a ride in a fold of my hood as we boarded the No. 1 train. It must have been the closed-in faces, the inward smiles, the inner rhymes I imagined beat in time with steel grating on steel and soon the scream of brakes that bid us to pour out of the steel doors even as we tighten our grip on moments we can’t soon recall that this haiku wrote itself–not about the roses or the absent turtle but a fleeting glimpse of

Bio: A former journalist in the Philippines, Alegria graduated with a degree of Literature in Journalism. Her discovery of haiku decades later, started her writing short Japanese poetry forms. Her works have since been widely published in international journals and anthologies with some gaining awards. Her three e-chapbook collections of contemporary haiku and monoku (one-line) can be accessed at The Haiku Foundation’s Digital Library. She immigrated to Canada 14 years ago, where she now lives.

Posted by Marie C Lecrivain at 8:59 AM No comments: 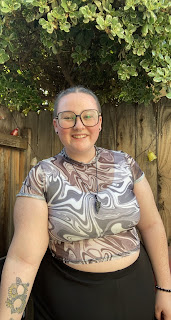 I see the light as it fades in the distance, and I can no longer fight this drowning feeling of hopelessness.

One step forward is a glimmer of hope, but then two steps backwards and I’m lost again.

Mountain after mountain I climb it feels like an endless cycle of pain.

Until I see it.

I see the slightest glimmer of light.

I approach this foreign feeling and shy away taking one step backward.

Doubt and anxiety creep into my brain. They hiss, “You don’t deserve thiss”

But curiosity of this warm light feeling kept appealing to me to the idea of happiness.

Once the light kissed my skin I craved it.

I did all I could to get to the light.

Until one day I finally got a hold of the light inside of me.

Bio: “I’m a young twenty-something college student, and I’ve suffered from mental illness most of my life.The light at the end of my tunnel was helping others. I’m passionate about helping people in any way possible. My hope, with my writing, is not only to heal myself, but to help others.”

Posted by Marie C Lecrivain at 8:00 AM No comments: 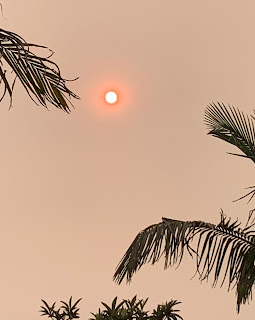 they said, AI would be independent thinkers and movers by 2045

she said, to not eat animals, try the nuts instead

but nobody tried cleaning up after themselves

and leaders did the walk

so many options to help the earth

so little time to try the energy

when there were too many people unaware

maybe ignorance was once the issue

the internet’s swallowing us—

mindful slaves to an improper utopia

he said, war would come

they said, there’s no stopping it

she said, to tame the bees, they’re already dying

and the earth spins further into misery

exposing the bones we buried

do you think earth will wait for you?

Maria A. Arana is a teacher, writer, poet, and editor. Her poetry has been published in various journals including Spectrum, The Gonzo Press, and The Kleksograph. You can find her at https://twitter.com/m_a_Arana and https://aranaeditingservices.com

Posted by Marie C Lecrivain at 7:54 AM No comments:

you don't appreciate the strength,

the beauty, the power, and the magic

of women; and you want to demand

society, go home, you must be drunk;

respect is earned not simply given

and you've done nothing to make me

respect you or your opinions—

always a woman is too this or too little that,

she can never be enough as herself;

too fat or too thin or too smart or too daft,

she's too creative or not creative enough,

too pretty or not pretty enough to pay her rent

too hairy or she doesn't have enough hair;

so many have starved themselves and killed their

own spirits trying to become a perfect woman

i'll tell you something maybe you didn't know,

women are women as they are and who they are;

they don't need your approval or your endorsements to

be who they are but they should have your support

if you want our magic and our strength and our power

because we owe you nothing for existing. 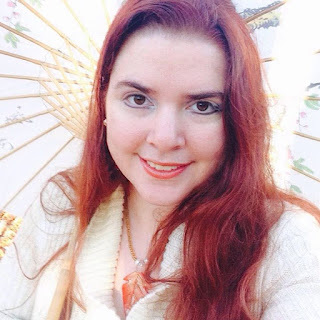 Bio: Linda M. Crate's poetry, short stories, articles, and reviews have been published in a myriad of magazines both online and in print. She has ten published chapbooks, the latest being Hecate's Child (Alien Buddha Publishing, November 2021). 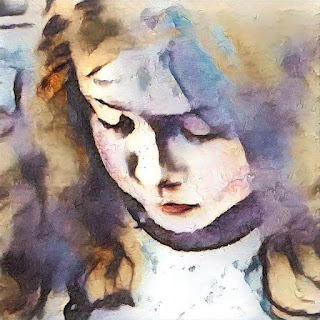 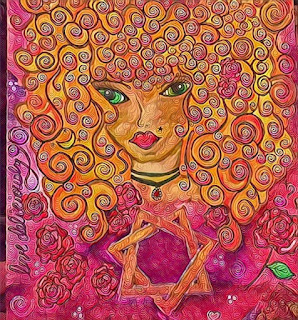 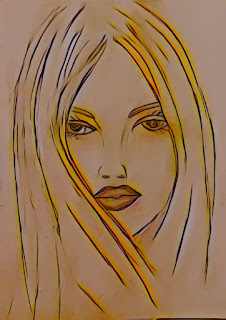 Bio:  Heather G. Schubert wears many hats; among them are mother, priestess, teacher, artist, author, small business owner, girl scout troop leader, and more. She finds the fulfillment is each of these roles, but looks forward to the creative expression visual art allows her. Her favorite is mixed media artwork.

Posted by Marie C Lecrivain at 7:51 AM No comments: 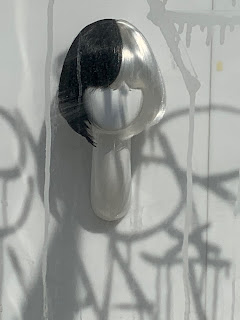 If you’ve ever dropped your daughter

alone at the mall

Dropping her alone “to shop.”

Leaving her unleashed to meet “a friend.”

a pan of hors d’oeuvres, wearing her

If you ain’t never cheesed a lie

Did the long fake-out waltz

where their soft kiss spears your own lung.

stalking through coats, shoes or scarfs.

feeling a time-bomb tick in your bra.

If you’ve ever clocked a walk

feeling the raw heat of murder

while smelling fries and Dior

eavesdropping while pretending to read.

If you’ve ever dropped your daughter

and fell on all fours

letting your hem lick the floor

forgetting you wore a skirt

stifling a growl between molars.

then baby, you ain’t never lived.

Something about being beat

bad as a kid makes you drool

when some cruel shit rips

It was the day I found

in the grass after school

I scooped it up checking

to see who was watching

when I caught the tail-end

of a pack of kids

Back then a group meant

a fight had broke out

so I ran down to

check out the action.

her head it was way too big

and we laughed saying

it was probably her mama’s.

Lisa said she had this skin

disease that caused all

her hair to drop off in

large clumps and we always

thought it was cancer

but that didn’t stop us

from following her home

in that mean sing-song

chant that kids tease in.

had her cornered in the back

holding books to her breasts

praying to them 'please stop,'

and she tripped to her knees

her homework wept from her arms

as he pranced around and danced

smacking her upside the head

Phillip had the wig in one hand

and she's clutching it with both fists

working good not to lose it

and she begged them, “please quit,”

But that's when Imit

just ripped it right off

bobby pins shot through the air

her whole face a sad

awful wreck as it went

I remember we all got real

quiet after that, gawking

at the horrible bald

and I walked home

not wanting to go in

and hid in the yard

Designer/Writer, Pam Ward recently released her poetry book Between Good Men  & No Man at All, World Stage Press. She also published two novels, Want Some Get Some, and Bad Girls Burn Slow, Kensington. A UCLA graduate, recipient of a California Arts Council Fellow, a Pushcart Poetry Nominee, Pam has published in Chiron, Calyx, Voices of Leimert Park, and the LA Times. She's currently working on a novel about her aunt’s dalliance in the Black Dahlia Murder, an event that shocked the world, happening in Pam’s own backyard. www.pamwardwriter.com

Posted by Marie C Lecrivain at 10:02 AM No comments: