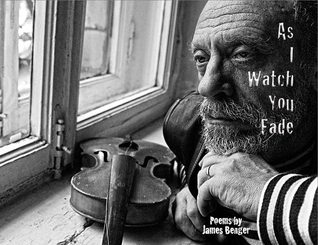 A quiet dignity arises from the tacit words of the demure. Strong direct declarative thoughts arranged within the stanzas to maximize impact. The beginning stanza from “Counter Jockey”:I worked in a gas station for a couple of years or so.I never pumped gas for anyone.15 subjective poems in the chapbook, the majority told in first person, all strangely bereft of poetic ego. I met the poet once in Kansas City. I mispronounced his last name a few times as “Berger” before he firmly and resolutely corrected me, “my last name is Ben-ger.” He corrected me simply and without judgment, without expecting apology, but in a manner in which I would not soon forget the correction. The poet’s reserved personality translates fluidly into the poems. From the poem, “Mr. Milsap”:Mr. Milsap opened the door.He wasn’t wearing his glasses and
his eyes were red and watery.
I held out the basket and said,For your kids, and feeling the need to fill the silence, from everyone in the neighborhood.The poems explore poverty, not extreme hunger inducing poverty but the kind of poverty which grinds down daily considerations of grandeur and personal distinction. This is rural poverty sliding into suburbia type of lower middle, upper lower class grinding subsistence kind of muted continuity. And Benger doesn’t preach. Life is just life in his poems, gas stations, slaughter houses, broken down cars, hand me downs, dirty fingernails, small apartments, rust, rot, alcohol. From the poem “The Ruins”:We weren’t sure what The Ruins used tobe; nothing’s left but cracked concrete floors,cinder block walls missing most of their
canary yellow paint and all their windows….


All the relationships described in the poems are affected by circumstance, as are all relationships in actuality, all affected by circumstance. From the poem Before the Job Fair:She tells me she wants to make it better.She says this will make it better.I have my doubts.Benger’s grandmother seems to be the only recurrent character in the chapbook, the grandmother who gave him a home, the grandmother who worked as a stripper, the grandmother whose advice and love he disparaged because of their shared lot in life. She didn’t have much to bequeath to the poet, a very old station wagon on the verge, a genealogy, her lineage, a due pedigree, poetry, kindred inclinations and temperament. From the poem, Sage Advice:When she told me to get my shit together,I laughed and said,Look who’s fuckin talking.(As I Watch You Fade, Poems by James Benger, EMP First Edition 1 3 5 7 9 10 8 6 4 2, 15 poems, no page count, $5, $7 signed edition, www.facebook.com/empzine.)

Bio: Angel Uriel Perales is a writer whose biographical details are not important. Please enjoy his poetry.
Posted by Marie C Lecrivain at 10:08 AM