Phosphorous, radium enlightenment
Uranium 238 smile,
the scientist from the NRC
watches the sky,
mystery crashes in the atmosphere

wonders in sci/fi;
‘if aliens are changing the atmosphere so it’s easier for them to breathe’

or if that’s just another excuse for greedy, heartless sapiens
to pollute the planet

waits for another large asteroid,
already past due

or some new dangerous giant to come up from the ocean depths
to do a little payback.

His peacemaker role now becomes a resistance martyr
flames of frightened villagers march to storm the castle
he sees them, feels the mob blood rise
it is exciting, easy to join in

so he backs off
his one reflective desire
to observe; takes over,
intellect overrules the immense emotional wave

there cannot be too many mistakes
or the castle will send its soldiers to stomp the rebellion
storm troopers and with vengeance and sharpened blades
death, makes the man curious,
to watch at a distance

they no longer pretend to listen to him
the walls must come down,
the king must be tried and hung
and the land must become fertile again 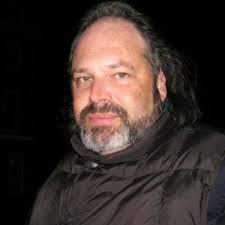 Jack G. Bowman is a licensed psychotherapist (LMFT MFC42855) poet, composer, artist and performer in Southern California. His poems have been widely published in small presses across the US, UK, India, Mexico, and on the internet since 1991. He has written reviews for Poetix and poeticdiversity, and he was a member of the poetry groups Third Person Singular, Duotribe, and The Furniture Guild Poets. In recent years, he's been published in Altadena Poetry Quarterly, Spectrum Anthologies, and Fevers of the Mind. In 2016, he was nominated for a Pushcart Prize.

4. Unnatural Fire
5. Diamonds in the Sand

6. Vision and Presence
7. Moths Singed by Moonlight
8. Serpents in the Stratosphere

9. A Walk into Darkness
10. Red Velvet Apocalypse
11. Other Realms of Being

The 8 Week Self-Esteem Workshop
The Dilemmas of Men
Reading People
Posted by Marie C Lecrivain at 10:19 AM