He understands that you’ve made many contributions,
and thanks you for them,
though, he says, he doesn’t know exactly
what they are—

having been here five months
to your fifteen years.

(And your boss, looking properly sheepish.
Sheepish as in sheep.)

And what was that story he kept repeating? That other guy,
the one who downloaded your brain? How they
stopped the public beheadings at the Tower
when throngs of supporters showed up,
“disrupting” the proceedings.

Instead, they’d slip the chosen
over the Thames at night in a boat,
and in through the water gate.
No one would know
until it was done.

He asks you to train your replacement
in the hour you have left,
the cubicles around you already vacant:

the newlywed, the deportee,
the veteran, the jerk.

Around 7:00, everyone nearly gone,
you hear the sound—

It can only be described as a gust of cackling,

coming from the exec.

But you are not a victim.


You are a witness.


The Blueberry Field
Maybe night had fallen across the field like a hail storm and stayed, maybe it can be sucked on now, maybe it’s sweet—maybe a layer of fog coats each small plumpness, beckoning, like a promise of relief: tiny pods of ripe cool, as he stands surrounded by the navy-dark scalloping of wild growth—over and over as if a child had repeated a word until it became a sound: he crouches by the fruit, examines it.
Day hangs out of its pocket, limp as a rag, water on the verge of bursting from the sky. And in the bright heat, everywhere, the berries. He has never stood in a field of berries before. He has never stood above two hundred thousand bodies, buried twenty feet below. And his standing is not tall.
The others have scattered, the boom man, the cinematographer. Ovens. Ovens were near, then buried. It’s hot. He leans close to the fruit. He cannot pick it.
(previously published in Field, and The White Bride)
© 2020 Sarah Maclay 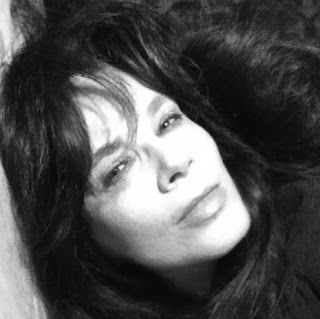