After Lynda’s disappearance two years prior, Michael became depressed and closed up his pottery and yoga studio. He became lax about his health, letting Father Time take over his body. He blamed himself for not being able to prevent his only daughter from being raped and beaten thirty years later by Pete Seamus, but what could he have done? She loved Michael as a lover, not as her parent, and he wished for that as well. The blood test ruined any chance for love to bloom. Lynda was born to bear the sorrow he had bestowed on too many women. She was born to a destiny of destruction. He mourned for his wives and lovers. Peggy, his Brooklyn Girl, who had miscarried their children and died while crossing the street. Diana, the sensitive and idealistic lover, had died giving life to his son, who passed away. Debbie, the girl who was infatuated with him, had been rutally raped and killed. Mary Rose had left him for a calamitous marriage. Michelle had died with his sons in a plane crash. Elaine had lost his son to crib death. His and Mara’s only child was stillborn. At NYU Langone Hospital, pneumonia ended Lynda’s lifelong history of abuse and sorrow.

Mara and Elaine moved in with Michael and offered moral support, but Michael was too beset with his misery to heed their advice to seek therapy. They stayed on, hoping he would eventually recover. Michael’s depression worsened, drifting him further inward, avoiding social interaction. Although their daily chants were going nowhere, Elaine and Mara persisted. 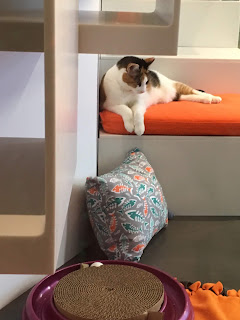 The previous week, he’d had dreams of the women who had been the dominant forces in his life. It was either in the Bronx or Greenwich Village. They were young, healthy, happy, and free from the burdens of their earthly existence. His sons were there, all grown and smiling. However, Lynda stood in the foreground, silent and sad. Her eyes were transfixed on him. She was twenty-one and wore an ultra-feminine mid-calf navy dress adorned with a dainty white collar. She wore three-inch black patent leather pumps, adding inches to her moderate height. She had cut her hair very short and dyed it blond. Her image was straight out of a ’50s fashion catalog and she never looked more beautiful and perfect. He recalled how she had despised her generation and the condition of the planet, with the acceleration of environmental damage and extinction, plus the universal hopelessness and hate among humanity. She vicariously lived in Michael’s stories—his childhood and early manhood, his loves and losses, being too old for the draft in the ’60s, Greenwich Village when it was “the Village,” and the Bronx before it burned and rose out of the cinders. She preferred to play his old records. Before she disappeared, she fervently wished she had known him back when he was a young laborer with stained callused hands and manly sweat etched on his shirt.


The cats followed him everywhere. They weren’t as rambunctious as they had been two years ago. He knew cats were sentient and secretive creatures, and understood things that most humans couldn’t. They sat by his side as he played the songs from his youth on the modern turntable. The old record player from his bachelor days no longer worked. Like him, age had finally caught up with it and had given out in the middle of his favorite song, “Blow Me A Kiss,” which had also been Diana’s favorite tune. 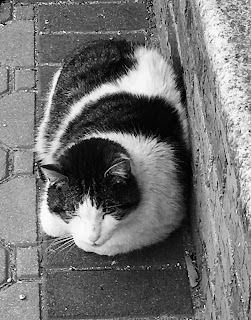 Tonight, he played that old song on the new turntable. He sat on his cozy ultramarine chair and wept, repeating that he was sorry for all the pain he had caused to those he had loved during his lifetime. When the song ended, he put on Beethoven’s “Moonlight Sonata,” a favorite of his and Lynda’s. In the corner, Michael saw Lynda. She looked exactly the way she had in his dreams. He cried out her name, but she stayed in the corner. Her rouged lips parted, but she didn’t speak. He called her name again, and as she slowly came closer, his vision began to fade. Cobbler jumped on his lap and purred as his master’s tears dampened his fur.
Mara heard him weep and quickly hurried into what had once been the yoga studio to comfort him. Elaine turned off the stove and asked what was wrong. Cobbler suddenly jumped off his lap. Like a mantra, he repeated his apologies to Lynda—and everyone. Michael stood up and extended his hands, but not for Mara or Elaine. After a few steps, he fell backwards, his arms drifting to the sides of the chair.
Mara felt a fleeting chill. She checked for his pulse and closed his eyes.

She said, “What hasn’t happened yet happened.” She moved closer to kiss his lips for the last time. Calmness overtook her. She felt happy for him, because he was finally reunited with the woman he loved the most, but was forbidden to show it. She bent down, whispered a quote . . . from Shakespeare’s Hamlet.

From the open window, the fleeting chill returned, stronger than before, and blew out the two scented candles on the table below, leaving spiral smoke rings to dance as one. 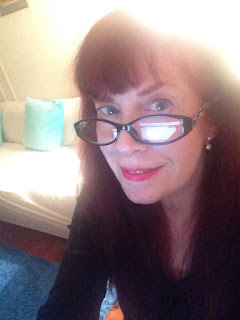 Bio: Patricia Carragon’s recent publications include A Gathering of the Tribes, Bear Creek Haiku, First Literary Review-East, Jerry Jazz Musician, Live Mag!, Narrative Northeast, Nixes Mate Review, Panoplyzine, and Stardust Haiku. She has forthcoming work from EOAGH  and The Paterson Review. Her latest books from Poets Wear Prada are Meowku and The Cupcake Chronicles, and Innocence from Finishing Line Press. Her first novel, Angel Fire, is forthcoming from Alien Buddha Press. Patricia hosts Brownstone Poets and is the editor-in-chief of its annual anthology. She is an executive editor for Home Planet News Online. Patricia lives in Brooklyn.
Posted by Marie C Lecrivain at 7:07 AM